On August 6, 2016 will become another historical moment in Hip Hop Culture. Sedgwick Ave will become Hip Hop Blvd. thanks to Mayor de Blasio who sign the bill on Thursday, February 25, 2016. Councilwoman, Vanessa L. Gibson has passed a resolution to co-name & stretch “Hip Hop Blvd. in front of 1520 in the importance of the birthplace of Hip Hop.

Kool Herc, the father of Hip Hop started the movement on August 11, 1973 at 1520 Sedgwick Ave in a Rec room which he threw a back-to-school party for his sister Cindy Campbell. 43 years later, the city of New York recognized the icon and many others contribute to the culture in the Bronx. 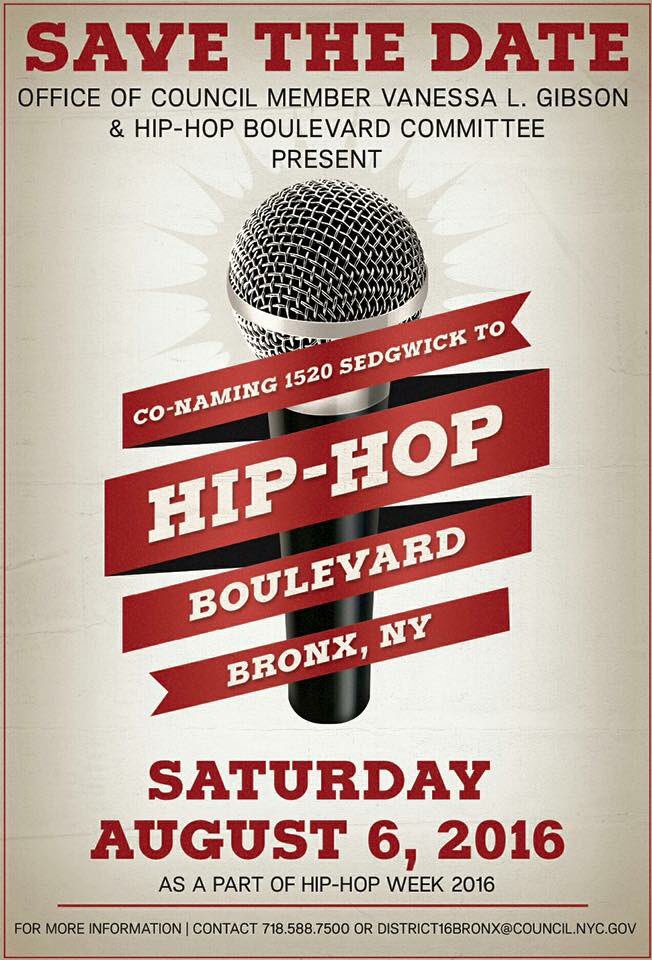